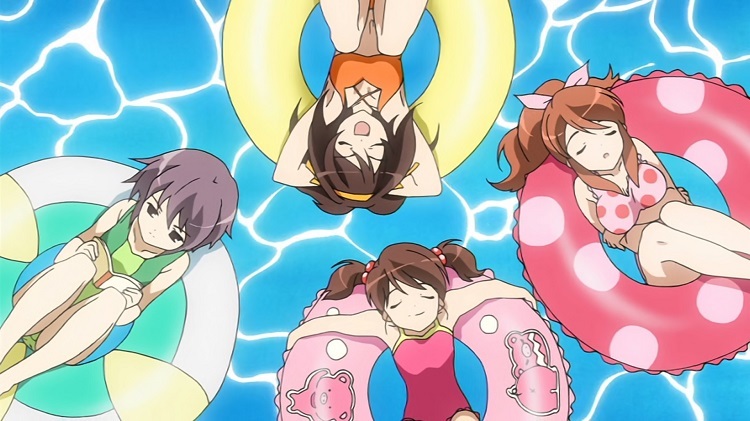 What’s With Anime And Beach Scenes?

In some circles, the beach scene is considered a staple of anime. It is almost an institution. But here’s the thing: you either love the beach scenes or hate them. There doesn’t seem to be any in-between. That is strange enough, but the bigger question is why so many creators insert them into their stories.

The beach scene is to anime what car chases are to classic spy films. You are never going to see a James Bond flick without at least one car chase. Be safe and plan for at least a few. Likewise, it is getting harder and harder to find anime series that don’t end up on the beach at some point.

What’s the deal? Are anime creators channeling Annette Funicello and Frankie Avalon? It is almost creepy if you think too much about it.

The folks behind the Umai anime clothing and apparel brand say that the beach scene often serves a vital purpose. That purpose is character and plot development. For the record, Umai sells anime T-shirts, sweatshirts, and other items featuring their original anime artwork.

Getting back to the beach scene, it is not unusual to see these scenes inserted at a time when the story seems to be getting slow. Creators might do so in order to set the stage for something else they have planned for the story. You get new characters that may be developed later on. You might get a beach scene that creates arcs for future investigation.

When creators do not use beach scenes to introduce new characters or create new storylines, they may be trying to slow things down a bit. Imagine a series with a lot of violence and horror-related content. That sort of thing can get rather intense episode after episode. A beach scene gives the audience permission to relax.

Inserting a beach scene to slow things down is a lot like using a bit of comic relief to take the edge off a tense situation. It is a tool that storytellers have been using since forever. You allow viewers to catch their collective breath before you get them wound up again with the next shocking sequence.

3. Everybody Loves a Little Romance

There is yet another reason to insert a beach scene into your anime: it is the perfect scene to introduce love and romance. It’s hard for new love to bud in the midst of blazing guns and hand-to-hand mayhem. But the beach is the perfect setting. Gentle waves and white sandy beaches are made for romance.

Unfortunately, the reality of anime is that beach scenes are sometimes inserted for no other purpose than to fill time. They are little more than fan service. Fans are expecting a beach scene, and you have some time in a shorter episode to kill, so throw it in there and be done with it.

Beach scenes as filler can seem cheesy and disconnected. But a creative storyteller can fool you. They can present a beach scene that is really irrelevant to the story but still make you think it’s important. Keep your eye out for it. Those sorts of beach scenes appear more often than you might imagine.

The beach scene is an anime staple. Some people love beach scenes, others hate them. But the truth is that anime would not be the same without them. So no matter which side you are on, take the time to appreciate every beach scene that comes across your screen. It could be worse. You could be watching the same scene in Western animation.

Our Guide To Understanding The Use Of CBD Oil

Why is fitness so important when it comes to mental health

What is the Best Plan to pay the Fee of the Car Accident Attorney?

Will Djokovic Return To A Winning Route This Season?

3 Things To Consider Before Choosing A Pet Shop In Essex